A JOURNEY IN TIME

Our guests are as diverse as the city itself. They come for business lunch from the offices down the road on Friedrichstraße. Others come from far off places and are eager to see all of Berlin’s top tourist attractions, which are just a stone’s throw away. Nolle is a popular destination and conveniently located meeting point in the heart of town. With plenty of space, great buffets and live entertainment, we are also well-equipped to accommodate groups and cater events.

Marble, mirrors, leather furnishings and Art déco paintings recreate the charm of former Berlin. Under the six-meter-high ceiling a stylish environment for lovers of fine and traditional food has been established. The 1920s style and good, traditional hospitality have been at home here for over 100 years. 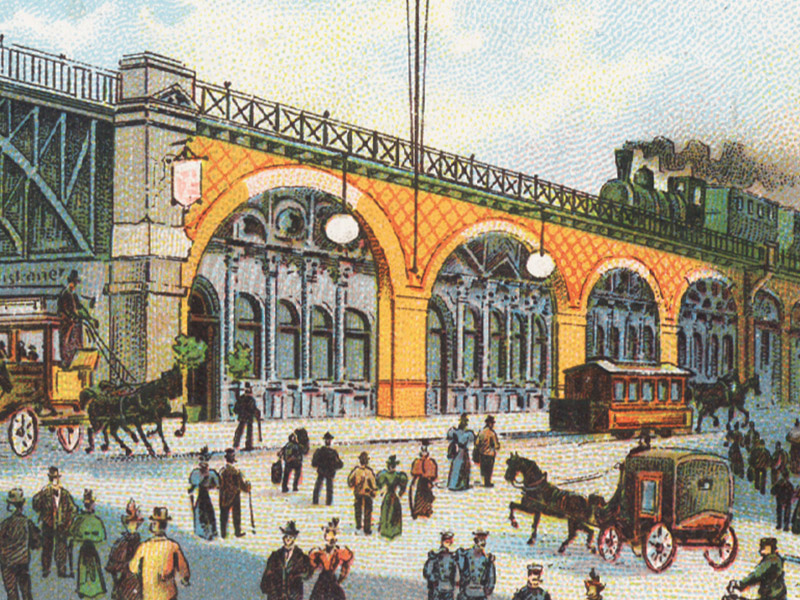 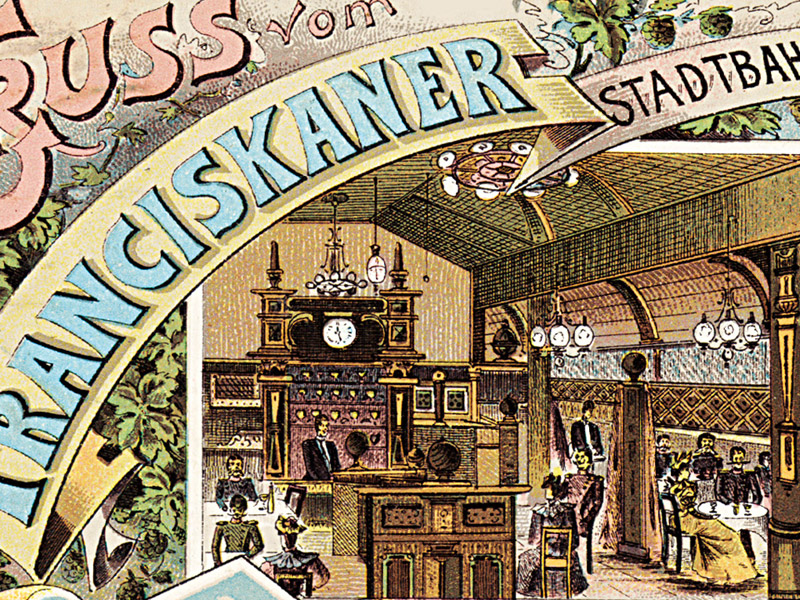 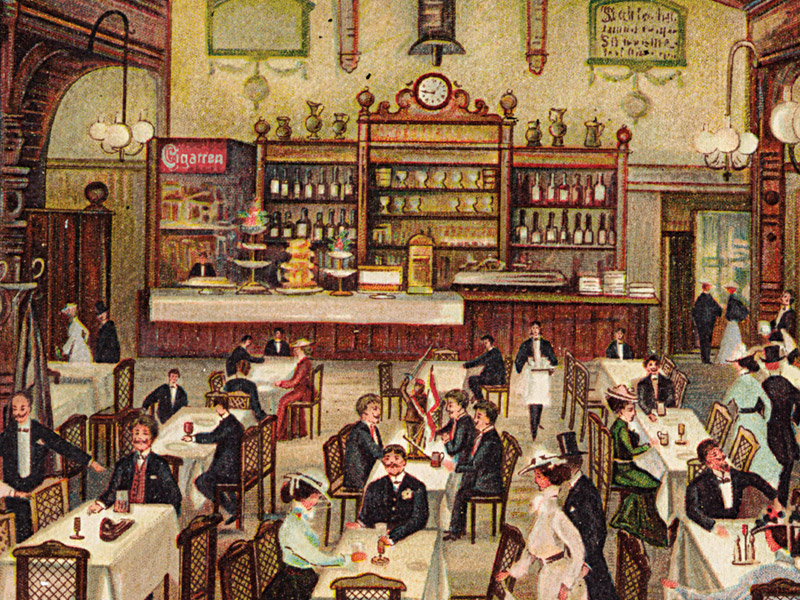 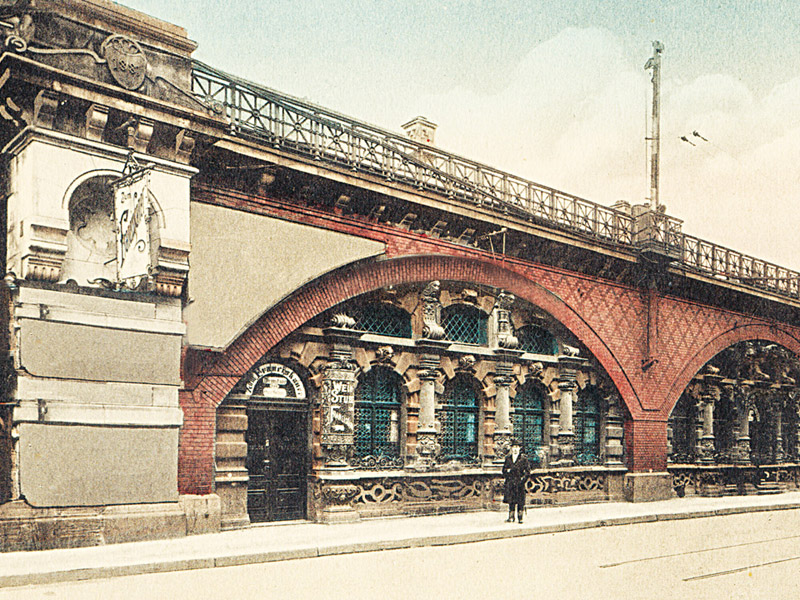 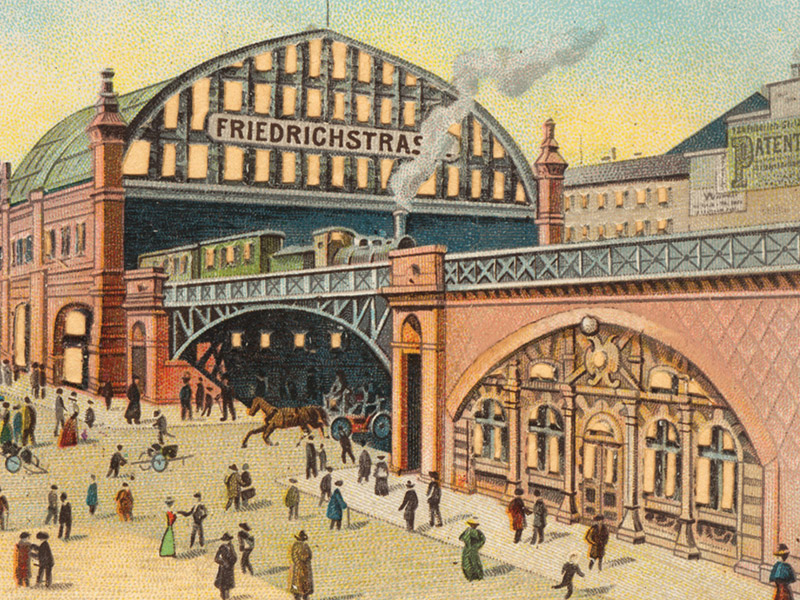 …people ask where the name Nolle comes from, whether we’re somehow associated with Nollendorfplatz station and what the story is with the restaurant, Zum Franziskaner.

Fact – our restaurant Nolle was originally located in the disused overground train station at Berlin’s Nollendorfplatz. The square was named in honor of a battle from the War of the Sixth Coalition in 1813 near Kulm and Nollendorf (Czech Naklérovská vysina = Nollendorf Heights) in the Bohemian Ore Mountains. For his outstanding service, Prussian General Friedrich Heinrich Ferdinand Emil Graf Kleist was granted the honorary additional last name, von Nollendorf. Nearby Kleiststraße was named after him – which rules him out as our namesake. 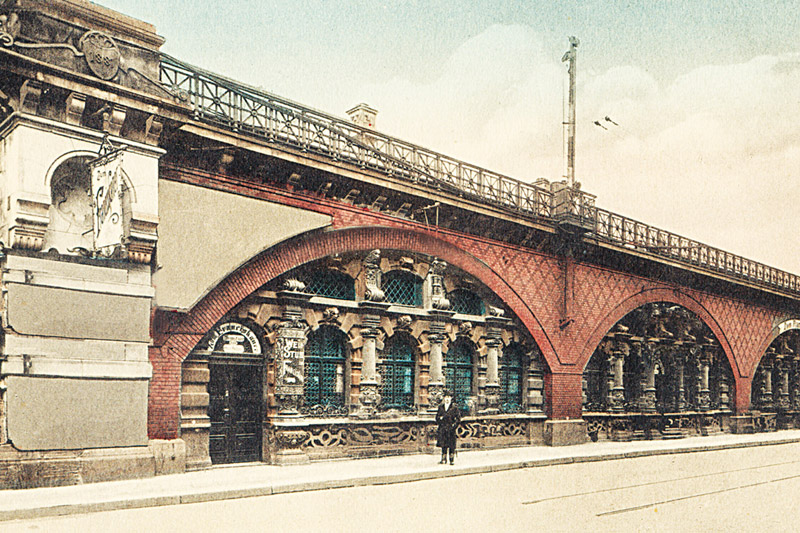 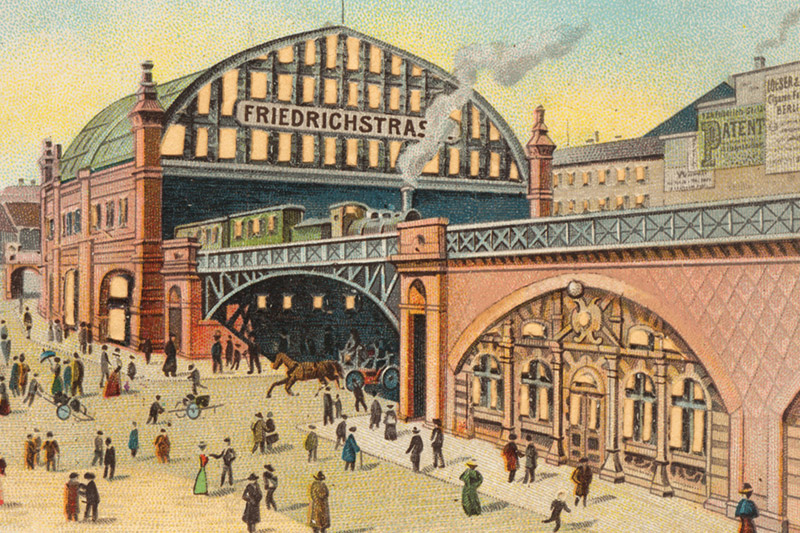 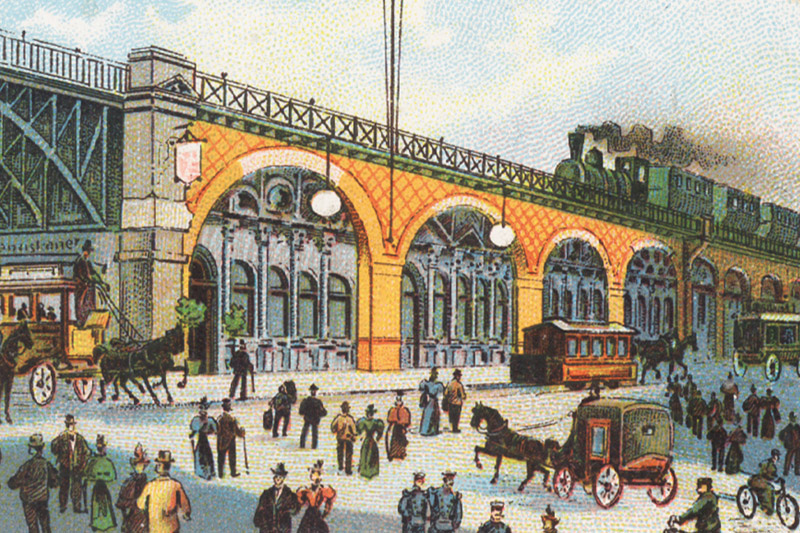 How did Nolle wind up in Nollendorfplatz Station? Inaugurated in 1902, the overground part of the train station was taken out of service at the beginning of the 1970s.
The Berlin Wall erected in 1961 prevented any further train traffic. In 1973, Nolle moved in there with the Berlin Antiques and Flea Market. Historic U-Bahn carriages served as showrooms for both original and interesting antiques, and celebrations in Nolle were by no means limited to Sunday brunch. Nolle quickly grew into a hot spot for locals and for visitors. 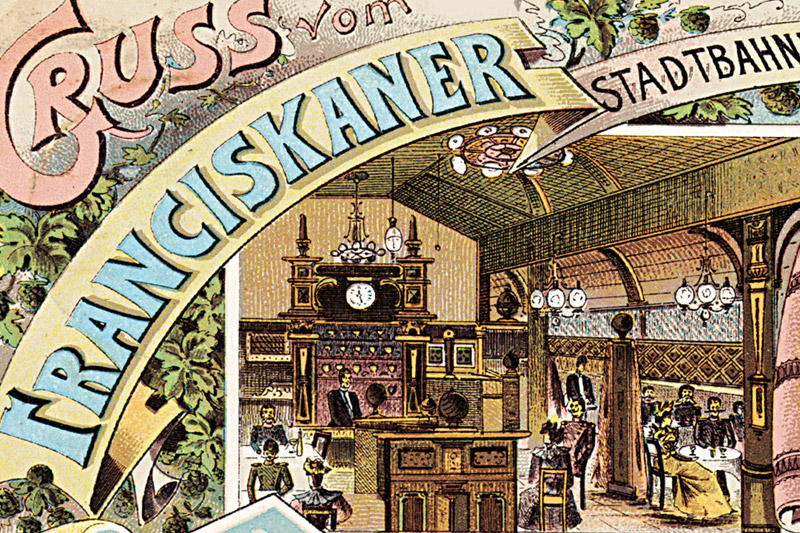 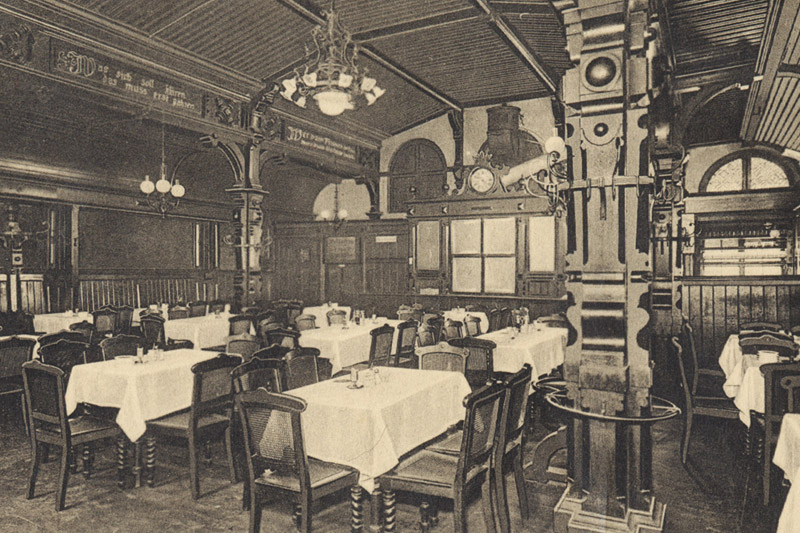 The long-overdue reunification in 1990 revived train traffic between the East and West, with the overground trains again stopping at Nollendorfplatz on the way to Pankow. So we moved Nolle into the S-Bahn railway arches at Friedrichstraße Station. Like Nolle itself, these rustic arches have their own stirring history of dining, dance and drink.
In 1882, the location was to become home to the famous restaurant Zum Franziskaner for more than sixty years, a locale featuring warm, informal hospitality, beer and hearty meals. Everyone who was someone in Berlin Mitte met here to eat, drink and celebrate together. And so it should be in Nolle as well.

OUR VERY SPECIAL SERVICE FOR YOU!

Send our historical postcards all over the world! Simply choose a design, write a short text and post it.